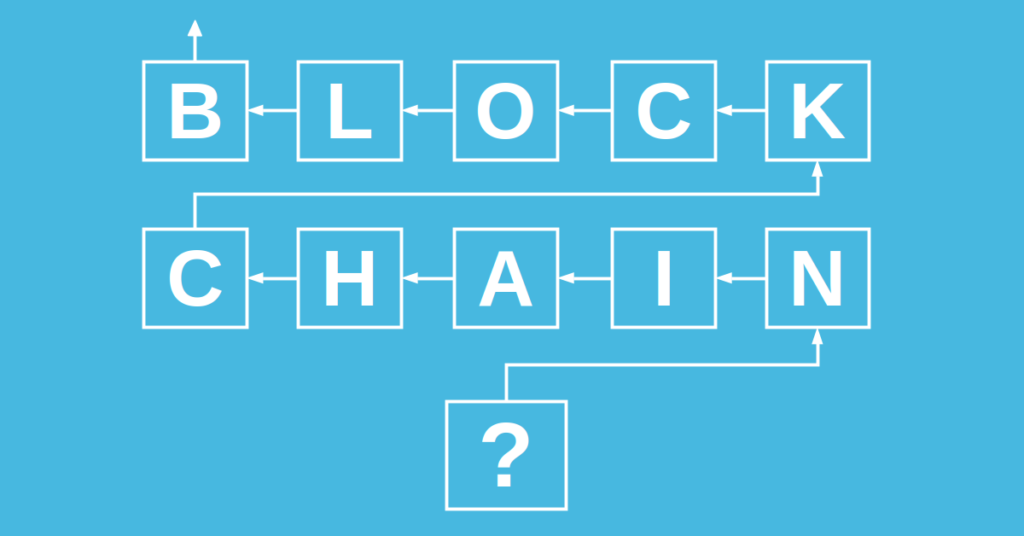 This article is one of several articles in which I explain in a very simple way what a blockchain is.

What is the difference between Bitcoin and Blockchain?

What is a blockchain?

All the transactions that occur between ewallets are stored on the bitcoin’s blockchain. All the servers and the computers that are using bitcoin have the same copy of the blockchain stored on their hard disk.

There are many kinds of blockchain with different features, like Ethereum, Hyperledger, Ripple. Some of them are more suitable to handle currency, others are used to transfer the ownership of assets (eg supply chain).

You don’t need to download all the blockchain to your computer in order to use Bitcoin (or any other blockchain technology) as the current size of Bitcoin’s blockchain is over 160 GB and it can easily drain the resources of your computer. To avoid this issue there are different types of e-wallets (we will talk about them later).

If the bitcoin’s blockchain is on my computer, can I add 1 million of bitcoins in my ewallet?

The blockchain is famous for its security: once the data is there it is impossible to modify it.

The blockchain consists of a chain of blocks, where every block contains data (for instance money transactions, documents or personal data).
When a new block is to be added to the chain, it has to be verified by the network of nodes first, and once this is done, the transaction can be inserted in the blockchain. There are mining and a consensus protocol standing behind this phase (click here to read more).
The blocks are connected with each other in a way that if I edit the content of one block I must edit all the following blocks, moreover to edit a block you need the consensus of other nodes.
Hence the more people are using a blockchain, the more secure the system is.

At present there are over 9000 nodes in the Bitcoin network.

The blockchain is immutable… How is it possible?

It is simpler than you think. Let’s take as an example one of the most sold books in the world: Harry Potter, which has been sold in 400 million of copies.

Let’s suppose you alter the Harry Potter story by adding a new chapter. Then you claim that your version of Harry Potter book is the true version of the story; who is going to believe you? No one, because you are the only person having that version against other 400 million different copies.
What would you have to do to make your version the actual true version? You would have to go to every single store that sells the book and every house of who owns a Harry Potter book and replace it with your version. You would have to replace at least the majority of the copies all around the world in order to make your Harry Potter version the actual true version.
As you noticed hacking the Harry Potter story is impossible since the book is spread all over the world among millions of people.

Now let’s make an analogy between Harry Potter book and Bitcoin’s blockchain. The participants of the Bitcoin network have all the same version of the blockchain stored in their computers.
How can you hack the Bitcoin blockchin in order to make yourself rich? First, you can add fake transactions in your blockchain copy making yourself rich; second, you have to convince other people in the Bitcoin network that your blockchin is the actual true version. Same as in Harry Potter example, you need to go from house to house replacing the book, in the blockchin world you need an enormous amount of computational power.

Are you telling me that the blockchain has no flaws?

Technically it is possible to break into the blockchain but you will need more than half of the computational power of the whole network (so basically it is impossible).

Why don’t we continue using a normal database as we did so far?

The blockchain is shaking many industries but it cannot be used everywhere. For example there is no sense in using blockchain to store the data of this website. But it makes a big difference when the third party is involved.
If you have to transfer money, the bank is the third party that takes the money from you and transfers it to the recipient.

In the Bitcoin system there is no one between you and the recipient, the transfer is direct and it takes around 10 minutes.

Wait a moment! The blockchain world is wonderful but risky. There are legal and technical details that you have to understand.

In several countries Bitcoin is not regulated. For instance if I steal from you 10000€ you can sue me. If I steal from you 100 bitcoins and you go to the police, the policemen will tell you that the Bitcoin has no value. From the legal point of view, to steal the bitcoins is like to steal the air! You cannot sue me for stealing something without value.
Keep yourself updated with regards to the cryptocurrency laws of the country you live in.

The blockchain is a technology that is still evolving, some technical problems can arise with its development as well. For example in 2016 a bug in the Ethereum cryptocurrency system resulted into a loss of 50 million dollars suffered by many users.

On the other hand, many investors took the risks and became rich. It’s important to be updated, rely on tested technology, use safe systems for money deposits and not to search for easy ways to make money _

If you want to learn more about blockchain technology read:
Bitcoin transaction: how does it work?

<< Previous Post
Brainy: a simple PHP class for machine learning
Next Post >>
Bitcoin transaction: how does it work?