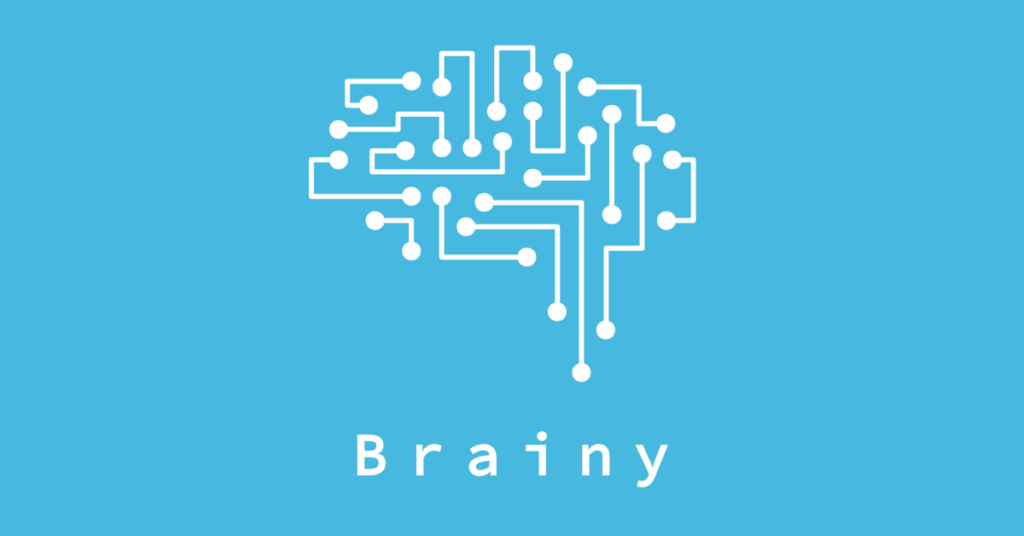 Brainy is a PHP class that helps you to create your neural network.
I built Brainy just for fun during my artificial intelligence studies. If you are a web developer and you have just started studying AI, Brainy can be helpful to make the first steps in machine learning; but there is no other good reason to use PHP for machine learning!
I suggest to use Python (or R) instead, because it has thousands of tutorials, documentations and libraries; plus, library like TensorFlow can use the computational power of your GPU!

With brainy you can build a simple neural network that contains just one hidden layer with limitless number of neurons in the input, hidden layer and output layer.

You can download the project from the link below.

In this example I’m going to solve the XOR problem with a neural network with 2 input neurons, 3 neurons in the hidden layer and 1 output neuron. Then we are going to compare the convergence of the learning process using three activation functions. 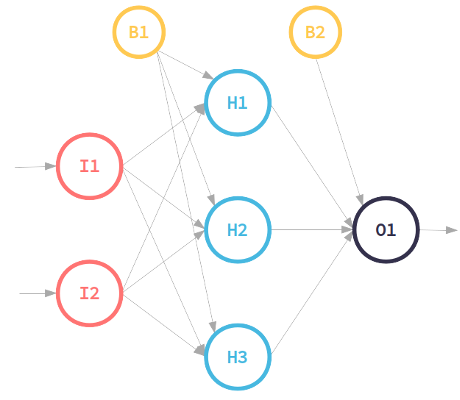 This class implements the class Matrix explained in a previous post.

First step: include the class and instantiate the object:

So with this configuration we have 2 input neurons (total columns in a row are 2) and 1 output neuron (total columns in a row is 1). Then to have 3 hidden neurons (as you can guess from the picture) the weights matrix between the input layer and the hidden layer must be 3×2 and the weight matrix between the hidden layer and output layer must be 3×1.

For each cycle we are going to propagate forward each input, take the result, compare it with the expected result and then propagate backwards the errors in order to correct the weight matrix and bias matrix.

The method forward returns an array of array with the following two keys:

With the back propagation function we are going to back propagate the errors and try to find the minimum using gradient descend (check the comments in Brainy.php for the formulas).
$new_setts = $brain->backPropagation( $forward_response, $input, $xor_out[$index], $w1, $w2, $b1, $b2 );
where:

The method backPropagation returns the new matrices of weighs and bias.

Below is the example where each input is forwarded and back propagated for 10000 times.

I did several tests comparing the convergence using different activation functions (Relu, Tanh and Sigmoid): it’s interesting to see how Relu converges quickly to the solution.

Try yourself to play with different parameters and see how the neural network reacts, for instance:

During my studies in AI I wanted to solve the XOR problem; I wanted just to do a quick test so I started writing the code in PHP. Solving that problem I ended up to write a class that handles matrix ...

If you need a coming soon page, don't waste your time on developing it because you are going to use it for a short period. This coming soon page has a minimal design and it's made with PHP, HTML and ...

When I have to create a new Wordpress functionality I always use an empty plugin to start with. Here I'm going to explain how to develop your Wordpress plugin. If you are not interested in this ...